Kinneff Old Kirk is forever associated with one of the best known episodes in Scottish history. As Cromwell’s army advanced into Scotland in 1651, Parliament ordered the Honours of Scotland to be removed to Dunnottar Castle for safety. The Sceptre and Sword of State had been presented to James IV in 1494 and 1507 by Pope Alexander VI and Julius II respectively.

The Crown almost certainly dates from before 1540 when it was remodelled by order of James V. It had been last worn at the coronation of Charles II at Scone in 1651. 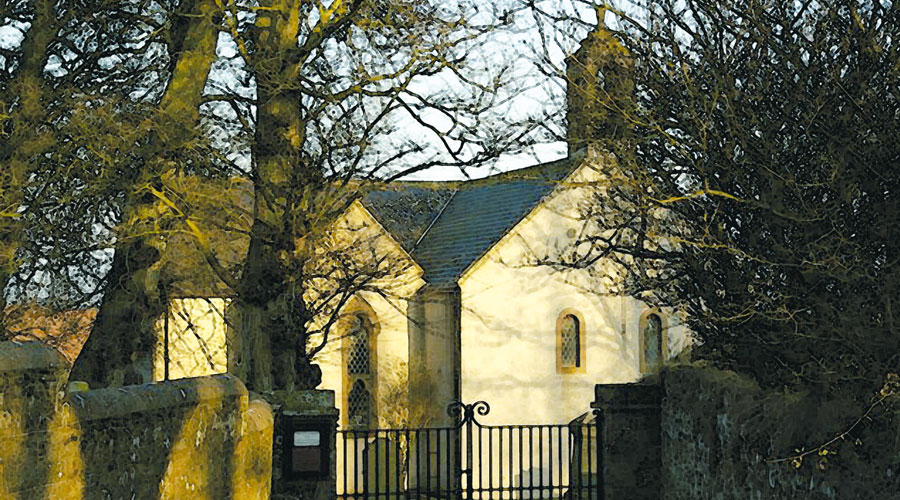 The Honours of Scotland are the oldest Crown Jewels in the United Kingdom of Great Britain and Northern Ireland and among the oldest in Christendom. Their survival over the centuries has depended on many loyal Scots, some known but just as many unknown.   Crown, Sword and Sceptre epitomise the ancient realm of Scotland with all its history of promise, failure and triumphs.   For a small nation jealous of its identity, the Honours are precious beyond price.

Kinneff was caught up in the Civil Wars of the 17th Century in a curious and symbolic fashion. The minister of the parish, James Strachan, was favourable to the Episcopal Regime in the Church of Scotland and so he was deposed when the Covenanters came to power. In 1640 James Grainger was admitted as minister of Kinneff on the orders of the General Assembly. Granger had signed the National Covenant and supported the new Presbyterian Regime.

The Covenanters had opposed KING CHARLES I because of his ecclesiastical policy but when their English allies, the Parliamentarians under CROMWELL executed CHARLES in 1649 they were horrified and proclaimed his eldest son as CHARLES II. On 1st January 1651 CHARLES II was crowned at Scone, the last king to be crowned in Scotland.

CROMWELL sent an army to punish the Scots and was particularly concerned to capture the Regalia or Honours of Scotland – the Crown, Sceptre and Sword of State – so that he might destroy them as he had the English Regalia. 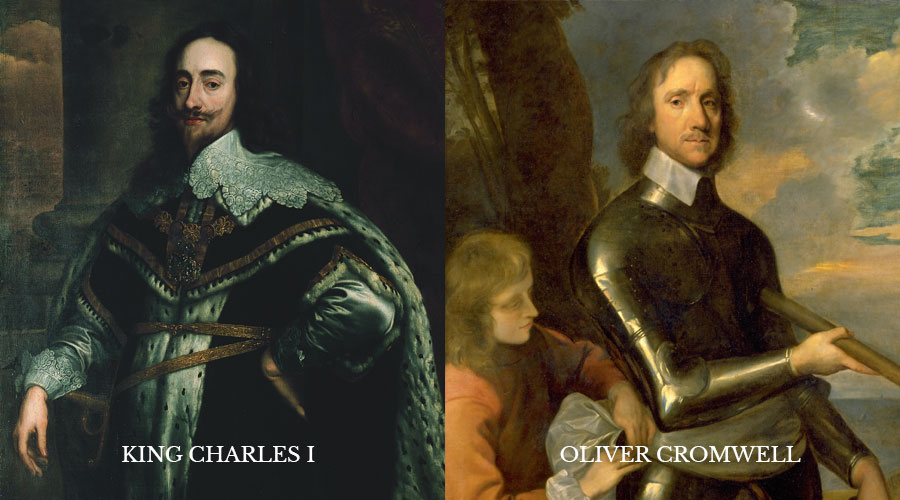 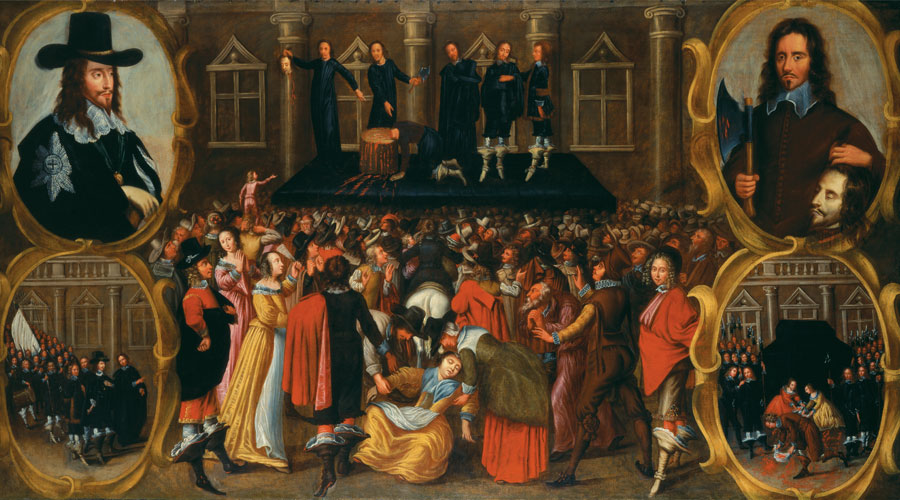 Illustration of the execution of Charles I

The Scottish Parliament ordered the removal of the Regalia to Dunnottar Castle, the fortress of the hereditary keeper of the Honours, the Earl Marischal. The officer actually in command of the castle was George Ogilvie of Barras, a landowner and elder in the parish of Kinneff. His wife was a close friend of Mrs. Grainger. When it became clear that Ogilvie with a mere garrison of 40 men would not be able to hold out against the English army which had laid siege, the two women devised a plan to smuggle the Honours out of the castle.

There are several versions as to how exactly the deed was done but the Honours were conveyed from the castle to the manse of Kinneff in the autumn of 1651 shortly before the castle was surrendered to the English. One account is that Mrs. Grainger and her maid brought the Honours out of the castle concealed in bundles of flax. Another account has it that the Honours were lowered down the castle rock to an old fish-wife who was gathering tangles on the sea shore. She carried the Regalia in her huge basket concealed under dulse and coverings and so escaped the notice of the English besieging the Castle. 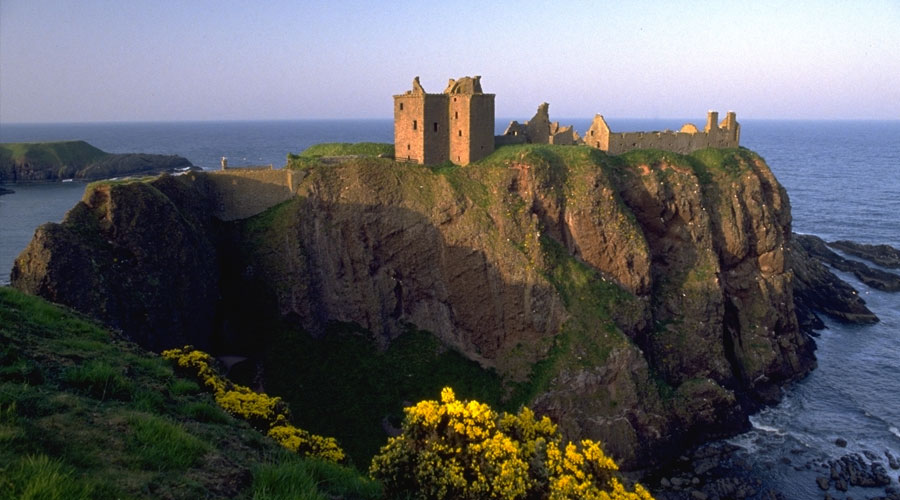 Dunnottar Castle as it is today

Next : Reverend and Mrs Grainger