In 1540 John Mosman, a member of the Incorporation of Goldsmiths in Edinburgh, was commissioned to refashion the original broken Crown of Scotland using 23 precious stones to add to the original 20 gemstones and 68 pearls in the crown. 3 large garnets and a large amethyst were among these new stones. He also added a new orb and cross to the top of the arches. Having dismantled the original crown, he melted down the remaining circlet and added an extra 41 ounces of Scottish gold. In addition to 10 fleur de lis and 10 crosses fleury a broad flat band was cast and edged top and bottom with a decorative strip before being formed into the basic circlet. Mosman then attached an undulating ring of 40 gold half circles to the top edge of the circlet. The 10 alternate fleur de lis and crosses fleury are each separated by a pearl and the crosses fleury have four pearls and a central gemstone. The 20 original gemstones are of different shapes – circular, square, triangular or lozenge-shaped – and these are set below the fleur de lis and crosses. 22 new stones of variable size and shape are contained within enamelled sections below the fleur de lis and crosses. These sections too are separated by an individual pearl. Four arches from the old crown were added to the circlet and each is decorated with three red enamelled oak leaves. On top of the crown is a blue enamelled gold orb with stars and topped with a gold cross set off by black enamel. The large amethyst is set within the cross. A red velvet bonnet within the four arches above the circlet completes the crown. Attached to the bonnet are four enamelled gold ornaments in red, white, blue and green each topped by a pearl. When the refashioned crown was completed it weighed 3lb 10oz (1.64kg). King James V wore it for his Consort’s Coronation in February 1540. 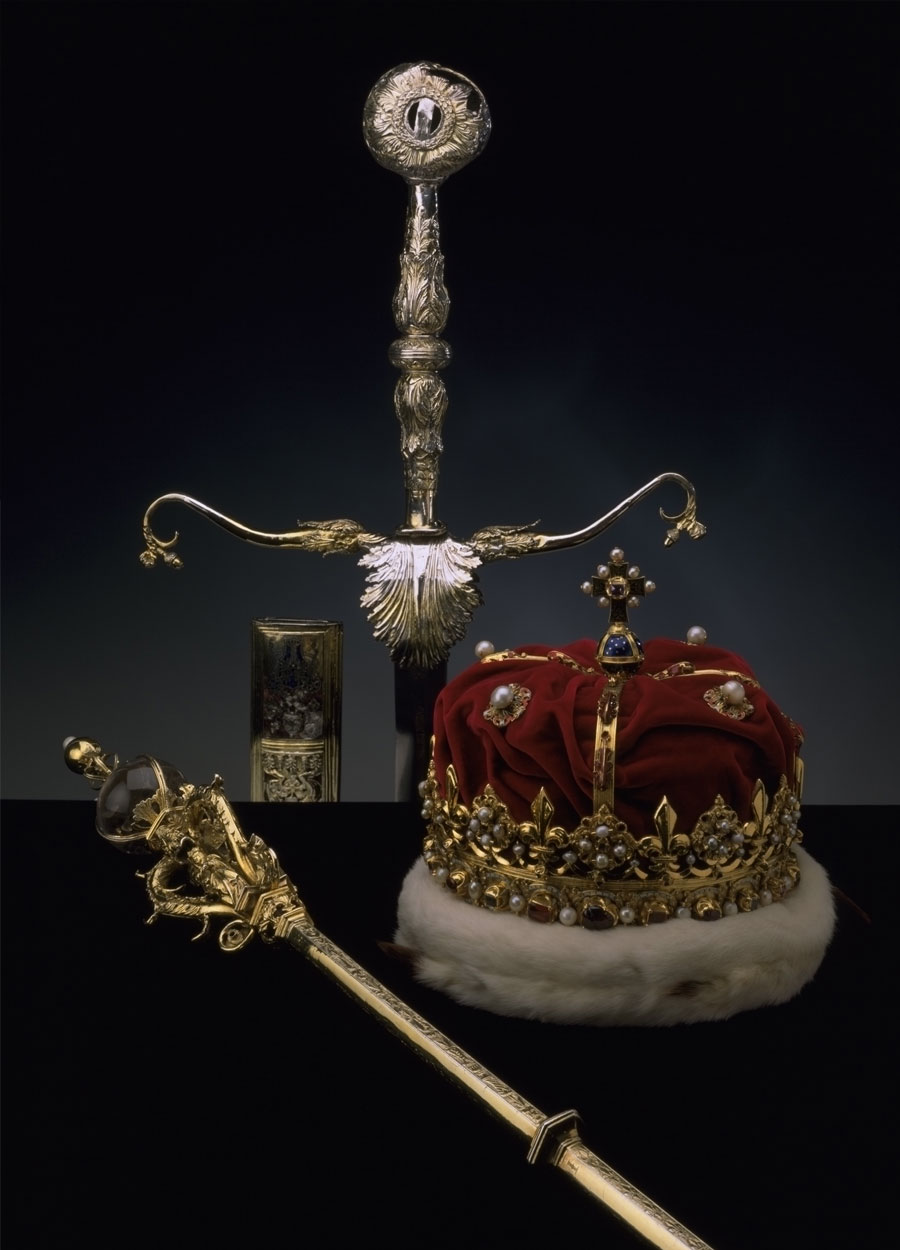