Kinneff Old Church > The Rebuilding of the Kirk in 1738

The Rebuilding of the Kirk in 1738

The Rebuilding of the Kirk in I738

In 1737 the Kirk of Kinneff was described by the minister, James Honeyman, as “in such a state as that it is dangerous for people to assemble therein for divine worship” and in response to this the Presbytery of Fordoun “concluded to build a new Kirk upon ye same foundation.” During the rebuilding the church at Catterline was used for the worship of the united parish. The rebuilt church had three galleries. The Kirk Session had intended that the north gallery would be let for the benefit of the Poor Fund, but was persuaded to exchange it for the west gallery.

The other two galleries and the area of the church were divided up among the heritors according to the value of their properties. A space was left in the middle of the church where a table and benches would be set up for the Communion session. It also served as “the place of repentance” where offenders against discipline would stand on a prescribed number of Sundays for rebuke and admonition. 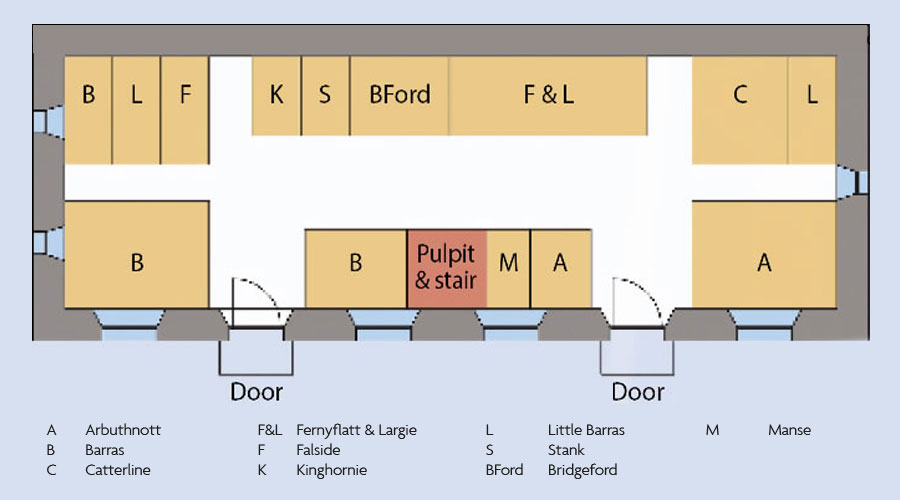 Next : Further alterations of I876

Back : The Reformed Kirk