Opening of the Great Chest

The Regalia are an important part of Scotland’s History. In Scott’s time they had not been seen for over 100 years. No-one knew where they were. Some said that they had been taken to England. Scott believed that they were in a locked chest in the sealed Crown Room in Edinburgh Castle. In 1818 he petitioned the Prince Regent to allow the room to be entered and the chest opened. The keys had been lost and it had to be broken open. At the bottom wrapped in linen cloth were the Crown, the Sceptre and the Sword, exactly as they had been left 111 years before in 1707. 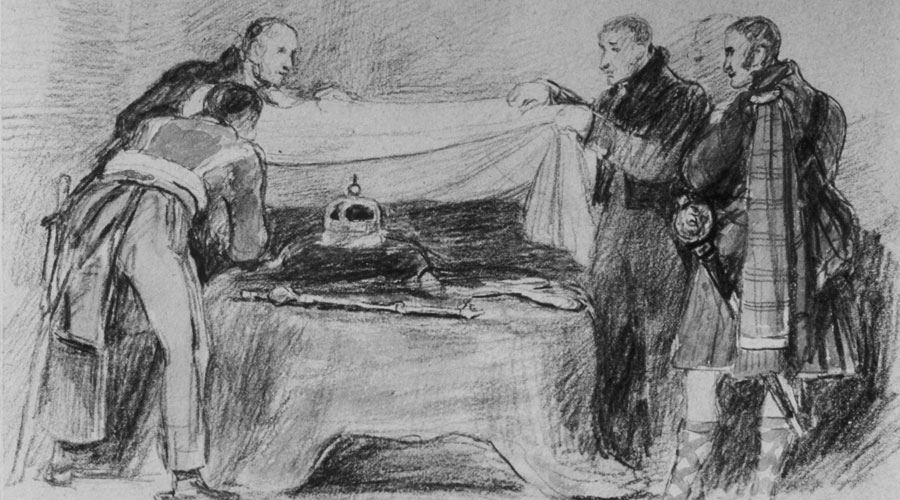 Opening of the Chest

The Prince Regent was crowned George lV in 1821 and the following year he paid the first royal visit to Scotland of a reigning sovereign since that of Charles ll in 1651.

The visit was stage managed by Sir Walter Scott and shortly before the arrival of the King at Leith the Honours were paraded in a great procession through Edinburgh to the Palace of Holyrood. On 15th August the King formally received the Crown, Sceptre and Sword of State from the Duke of Hamilton. One week later the King led a procession back to the Castle and returned the Honours to the Crown Room. They did not leave the Castle for another 132 years, but they did leave the Crown Room. 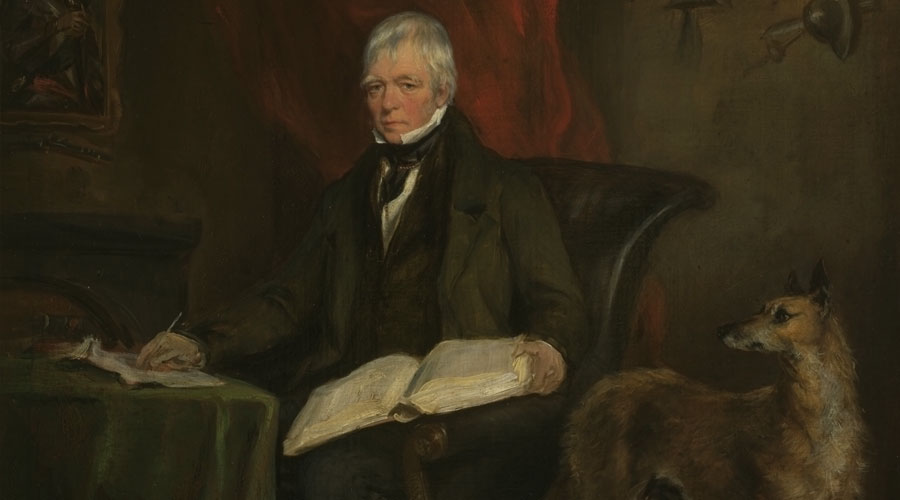 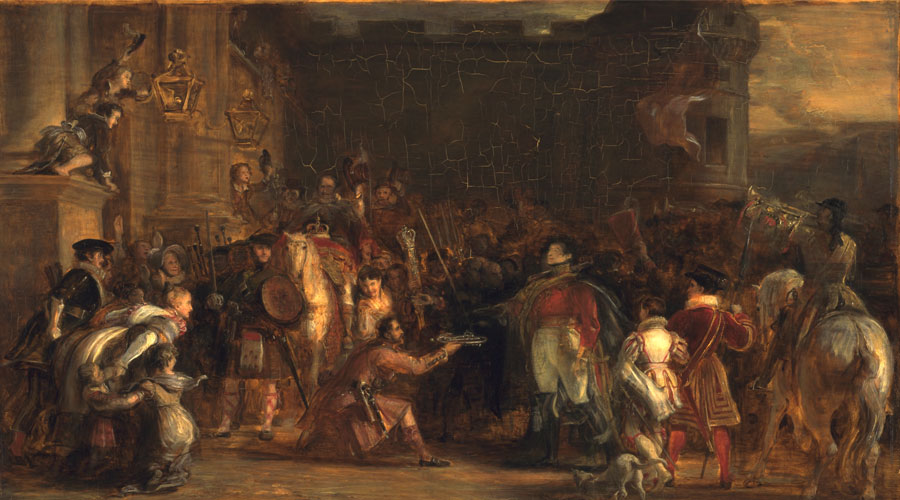 Presentation of Regalia to George IV

Next : The Mediaeval Kirk

Back : The Restoration in I660