Mediaeval churches, especially in Scotland, were not all splendid vaulted edifices. The Kirk of Kinneff in the Middle Ages was probably only a simple rectangle about the size of the present kirk minus the north aisle. Its furnishings would be very simple – probably little more than an altar in the east gable. The floor would be bare earth except possibly the chancel area and the roof might well have been thatched. Such simple parish churches were very common in mediaeval Scotland.

The parish church of Kinneff was consecrated by Bishop David de Bernham of St Andrews on 5th August, 1242, one of one hundred and forty churches consecrated by Bishop de Bernham between 1240 and 1249. Kinneff was part of the huge diocese of St. Andrews which included parishes in the North East of Scotland as well as in Fife, the Lothians and the Borders. The neighbouring parish of Catterline with which Kinneff was eventually united in 1719 was in the diocese of Brechin. 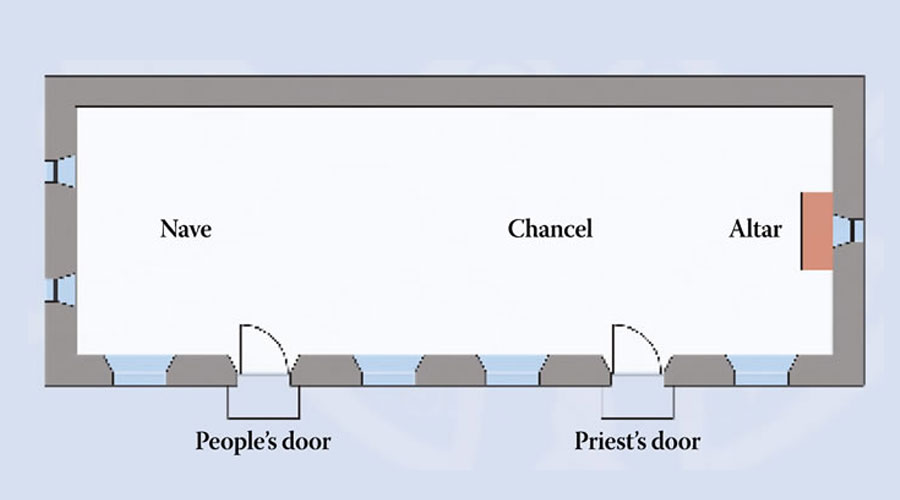 Next : The Reformed Kirk

Back : Opening of the Great Chest