Dunnottar Castle was surrendered on 4th June 1652. When the Regalia was found to be gone, the Ogilvies were imprisoned and heavily fined but the secret was kept until the restoration of Charles II in 1660. George Ogilvie, however, retained the sword belt of the Sword of State even when the Regalia proper were sent to Edinburgh Castle. The belt was rediscovered in 1790 when Sir David Ogilvie found it built into the garden wall. 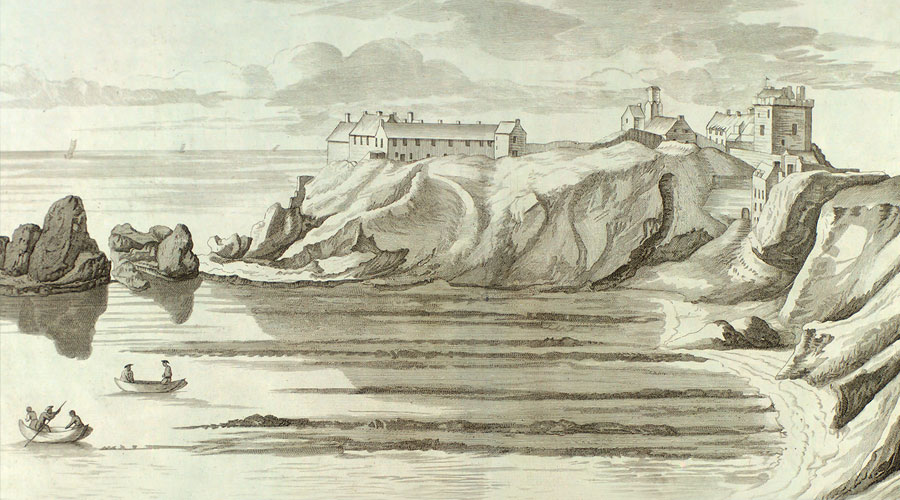 At etching of Dunnottar Castle circa 1693

There was of course great anxiety about the fate of the Regalia and so Mr Grainger, in a statement dated 31st March 1652, set the mind of the Countess Marischall at rest:

“I, Mr James Grainger, minister at Kinneff, grant me to have in my custody the Honours of the Kingdom viz., the Crown, Sceptre and Sword. For the Crown and Sceptre I raised the pavement stone just before the pulpit, in the night tyme and digged under it one hole and put them in there and filled up the hole and layed down the stone just as it was before and removed the mould that remained that none would have discerned the stone to have been raised at all.

The sword again, at the west end of the church, among some common saits that stand there, I digged down in the ground betwixt the twa foremost of these saits and laid it down within the case of it and covered it up, as that removing the superfluous mould it could not be discerned by anybody; for if it shall please God to call me by death before they be called for, your Ladyship will find them in that place.” 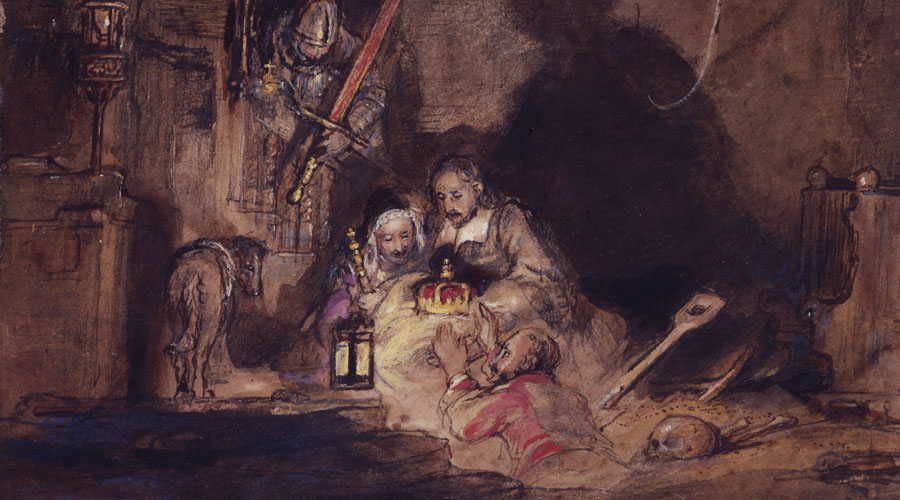 The Burial of the Crown Jewels – artist David Wilkie 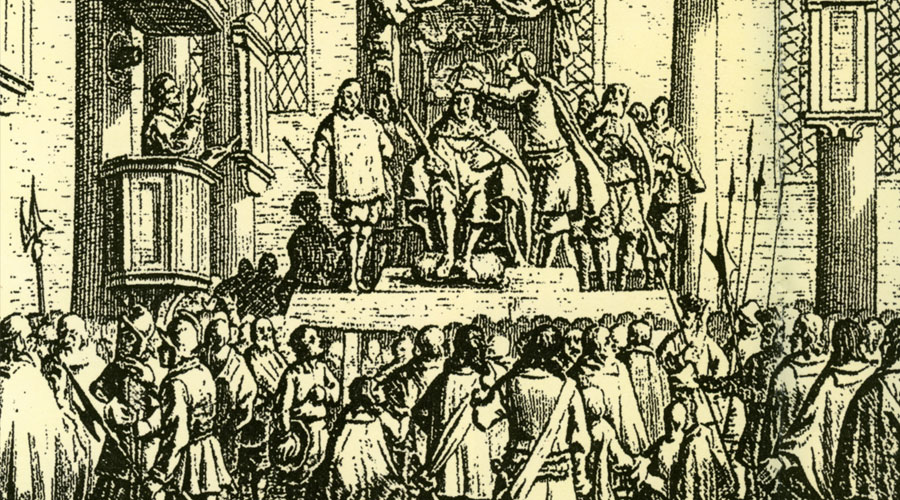 The Coronation of King Charles II

Next : The Restoration in I660

Back : Charles I and Cromwell